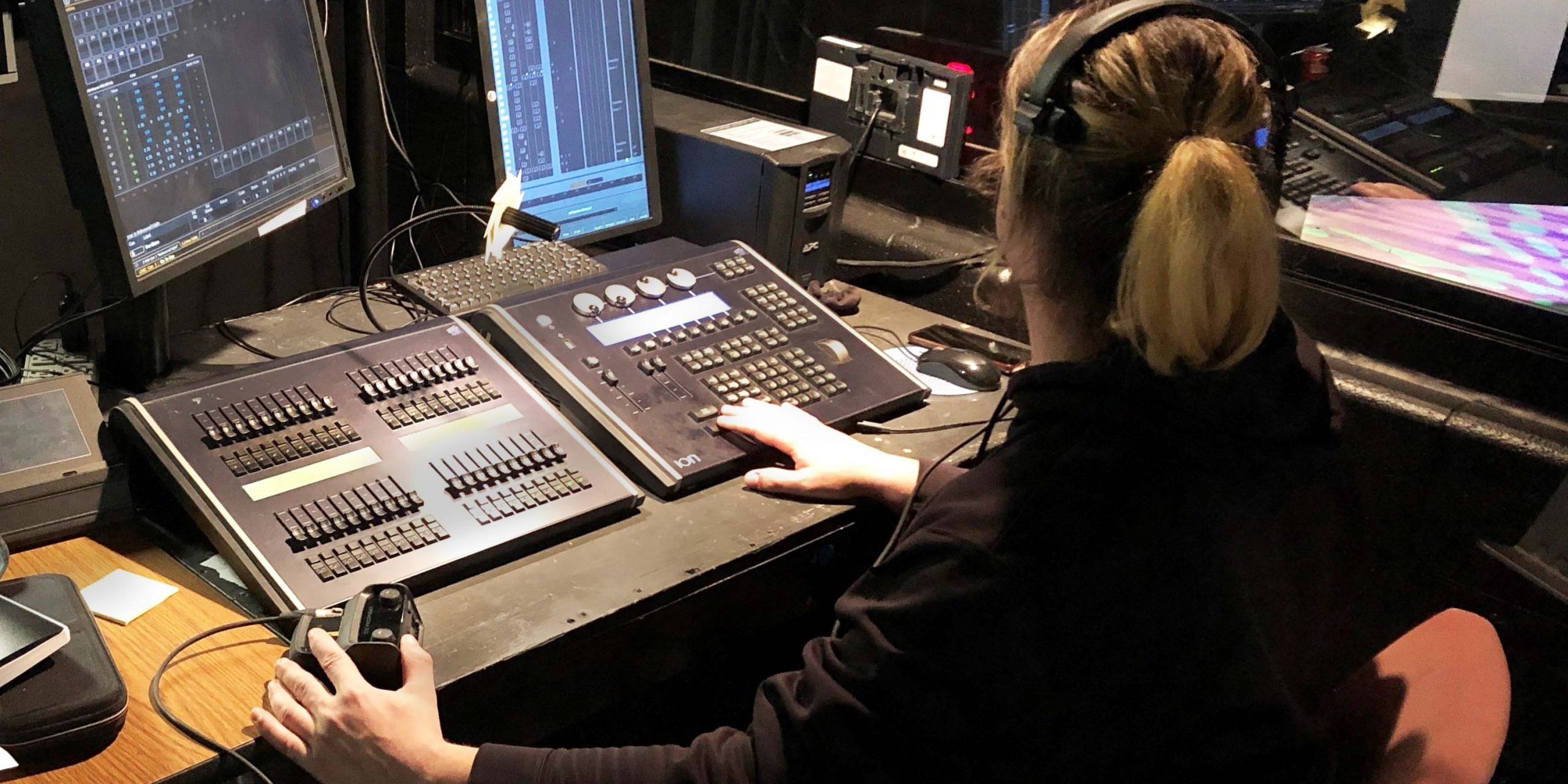 “When talking with BMI Supply about our specific communication requirements, they quickly recommended Pliant’s CrewCom system,” says Desimone. “For our application, we require an intercom system that can easily be transported back and forth between our two theatres, with the additional benefits of reliable coverage and battery life. It was easy to see that CrewCom was going to solve all of our communications challenges.”

For Elgin Community College, CrewCom provided the arts center’s students with an easy-to-use intercom system with radio packs that offer extended run time, clear communication without dropouts, and the option to use the system in more than one theatre at a time. “It was great that we did not have to buy two basestations, and only needed the one Control Unit (CU) to control the systems in each of the two theatres,” explains Desimone. “This saved a great deal of money and space for the college. Another selling point was the 900MHz option to help stay away from the 2.4GHz frequency band that conflicts with our other wireless devices.”

The CrewCom system is currently being deployed in the ECC Arts Center’s two theatres, the Black Box Theatre and Mainstage Theatre, which house the college’s musicals, dramas and “Center Stage Visiting Artist” series. The Arts Center deploys two systems of six users in each theatre. Combined ECC’s CrewCom system has a total of 12 Radio Packs (RPs), two six-bay drop-in battery chargers, two Radio Transceivers (RTs), and one CU. Both theatres have their own CrewCom RT with the CU located in the Black Box Theatre. Using RP profiles specific to each of the two theatres, it’s configured as two separate wireless intercom systems, each acting as independent systems even though each RT is connected via CAT6 connection back to the CU. This configuration allows the flexibility of future expansion as well as allows for changes in number of users in each theatre depending on the production.

The system is typically deployed for stage management, backstage run crew, and area-specific needs like video operation. CrewCom allowed ECC to increase wireless user counts and coverage range. “The CrewCom system provides both of our theatres with reliable communication with extended range,” adds Desimone. “Ultimately, CrewCom has enhanced productivity among users and offers smoother operation of the overall performance.”

Additional features that have proven beneficial for the college are its multiple channels of communication as well as its expandability. “CrewCom allows for two separate A and B channels of communication, as well as private ISO channel capability. This private channel is great for area-specific communication. For example, video camera operators can talk to each other to coordinate video shots while not interrupting the stage manager calling the show. Another great feature of CrewCom is that the system can be added to over time as our needs expand, providing a long-term solution to maximize the school’s investment.”

Find awesome listings near you!