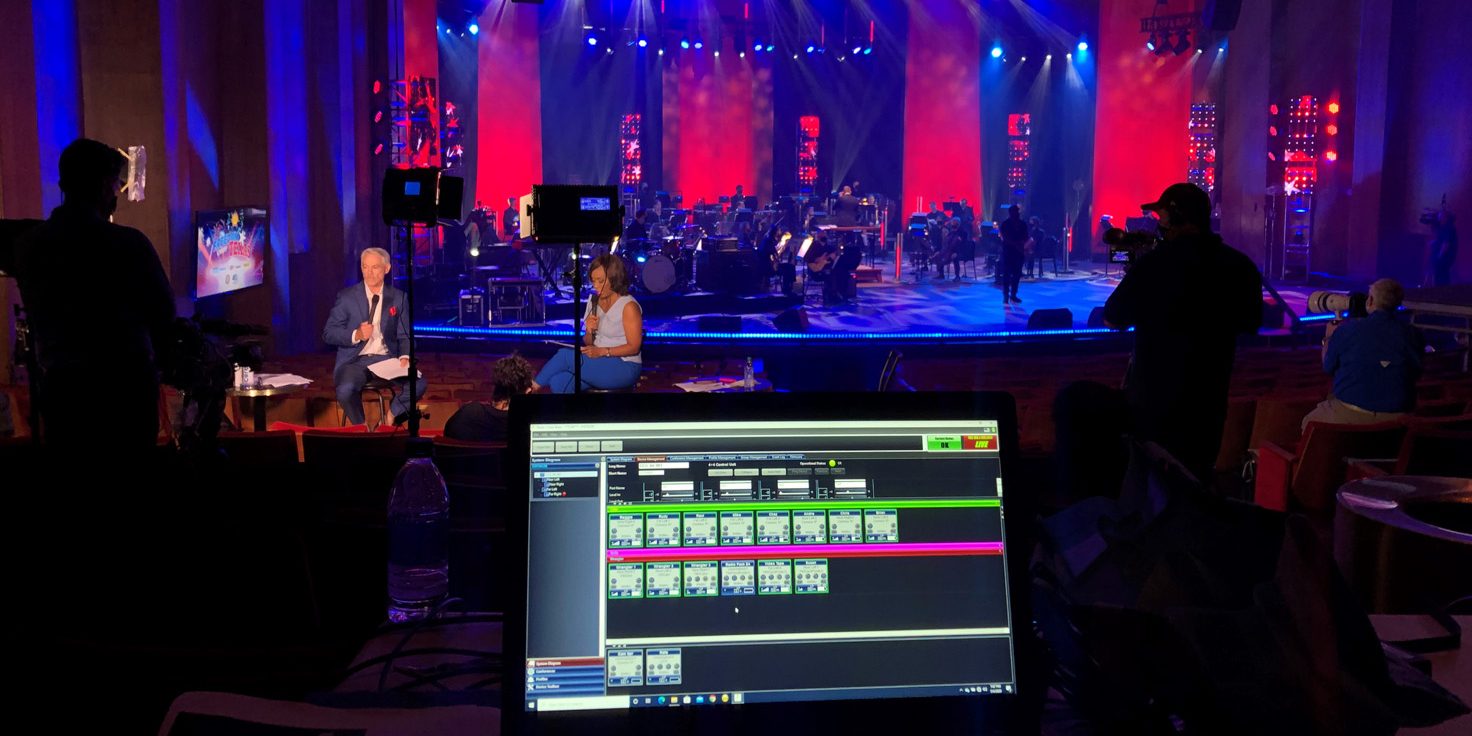 HOUSTON, APRIL 12, 2022 — When Jason Martin, owner of Houston-based audio rental house Jason Martin Audio, was looking to replace his traditional stand-alone smaller scale intercom systems, he wanted something that was flexible and could handle a myriad of different production and rental environments. After putting various manufacturers gear to the test, the clear-cut winner for Martin was Pliant Technologies’ CrewCom wireless intercom system.

Martin’s first real use of CrewCom was at the 2018 Houston Livestock Show and Rodeo held in the massive 125,000-square-foot NRG stadium. The system delivered clear wireless communication and extensive coverage and range throughout the three-week long event, which was streamed live to FOX Sports Network (now rebranded as Bally Sports Network). Martin’s CrewCom system has been utilized at other high-profile events including The Super Bowl, MLB, World Series, NBA Finals, World Table Tennis Championships, the United States presidential debates, and many more.

“The scalability of CrewCom is wonderful,” says Martin. “It excels in small-scale productions as well as very large and complex shows. CrewCom’s 900MHz band allows me to focus my frequency coordination on UHF and VHF microphones and IFB’s respectively without having to be concerned about the wireless intercom system. We are in an environment where the RF spectrum continues to decrease in the country so it is imperative that I have equipment that can work together yet minimize overlap.”

Jason Martin Audio has a total of four CrewCom Control Units (CU), two 8-Port Copper Hubs, two 8-Port Fiber Hubs, 17 Radio Transceivers (RT) and 40 Radio Packs (RP) in addition to a selection of headsets, for deployment on various projects. Martin continues to add to his inventory and is currently looking into expanding his inventory with CrewCom 2.4GHz Radio Packs and Radio Transceivers.

“CrewCom proved to be exactly what I was looking for in terms of quality and flexibility,” adds Martin. “The nice thing about CrewCom is its ease-of-use; the radio packs are straight forward and can be used by all skill levels. It’s quite frankly a difficult item to keep on the shelves from a rental perspective. Our customers love it.”

CrewCom is an innovative, professional wireless system featuring excellent 7KHz voice quality with 4-conference or 2-conference full-duplex Radio Packs, and a host of user features. It is available in two frequency bands (900MHz and 2.4GHz) as well as CE (Europe) and AN (Oceania) versions. Unlike a matrix-based architecture, CrewCom is based on a decentralized network platform. CrewCom wireless products easily put dependable RF coverage where needed, all while employing a consistent user interface throughout the system.