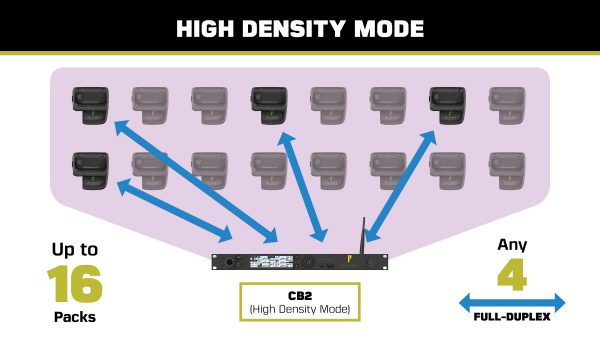 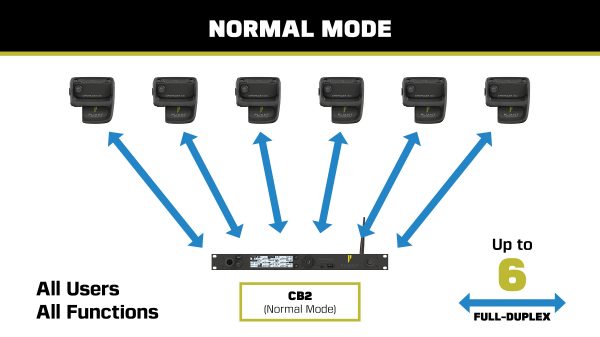 Pliant Technologies is pleased to announce the new High Density mode, which is a selectable mode of operation that allows user densities to increase by more than five-fold is a key part of this new update. When implemented, this new software-selectable mode supports up to 16 Radio Packs (RPs) on a single BaseStation in which four users can simultaneously talk and listen. In addition, users will have the flexibility to simultaneously deploy up to two BaseStations with High Density mode-enabled hardware, providing ultimate adaptability and even more users, up to 32 on one system.

In the most recent v1.1 Firmware Release, multiple feature improvements have also been made to the system, sync indication on the BaseStation display, remote microphone kill per channel, an RP LED brightness control, and an RP talk disable for listen-only applications. The new CrewCom CB2 v1.1 firmware upgrade, which includes the new features and updates, is free of charge and will be available soon for direct download from the Pliant Technologies website.

WIRELESS ISO FUNCTION ON EVERY CONFERENCE 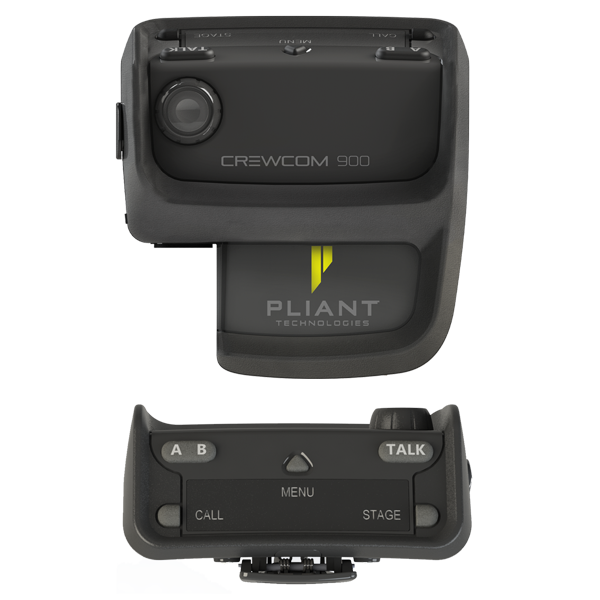 **CrewCom Radio Packs are available in CE versions that meet European Conformity requirements for use in European countries.

Interface, control, and monitoring of all wired connections and wireless devices

**CrewCom Radio Packs are available in CE versions that meet European Conformity requirements for use in European countries.

Pliant’s CrewCom system works with the popular SmartBoom headsets line, fitting users with the headset that best matches their application. 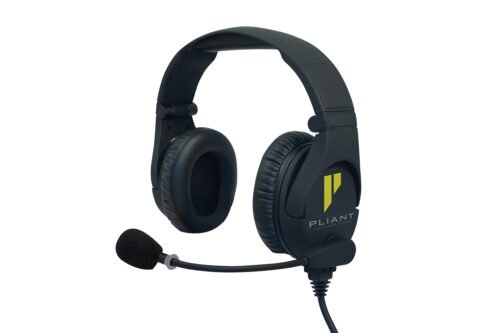 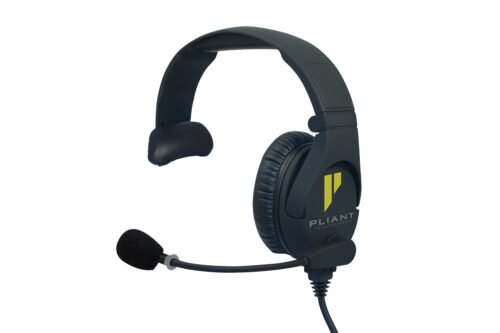 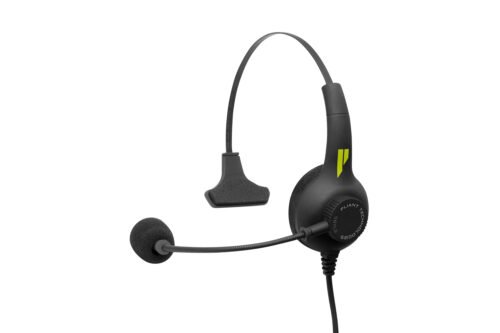 Let us show you how Pliant can help you unleash the power of your wireless intercom capabilities. Complete the form to request more information about Pliant intercom solutions
Go to Top

Find awesome listings near you!